The Interactions and Consequences of Damascus Battle&hellip;Killers&rsquo; Alliance Unraveled - It's Over 9000!

The Interactions and Consequences of Damascus Battle…Killers’ Alliance Unraveled 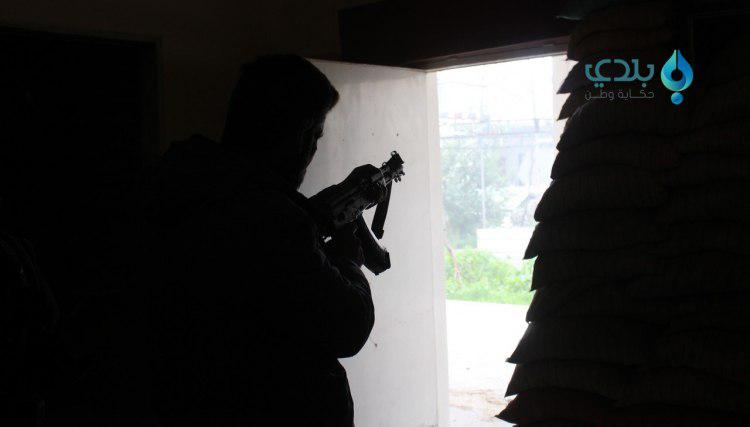 This paper discusses the battle in the northern and eastern neighborhoods of Damascus between the rebels’ factions and Assad’s regime backed by the sectarian Shiite militias.

We will begin with a brief review of the military dimension of the battle in terms of its outcomes and goals.

Then, we will analyze the battle in terms of its plans, interactions, and its possible outcomes that could tip the scales and allow the Syrian opposition to catch its breath in Geneva 5.

Introduction
Since its launch on the 19th of this March, the battle between the rebel factions and the Iranian-militias-allied Assad’s regime in eastern Damascus changed the city into a fiery battlefield that is constantly expanding north east, and southward.

In parallel with the continued battle, various changes took place in the map of the controlled areas of the conflicting parties. Also, the battle in Damascus was so chocking and intense that it caused the rebels to gather momentum and motivated them to start battles in other areas, including Hama and Daraa, which benefits would be earned by the political opposition in Geneva.

The Importance of Damascus and its Battle

Damascus battle can be regarded as the most crucial milestone in the course of the Syrian revolution. This is attributed to the fact that Damascus is the political capital of the state, which includes embassies and an international airport, and that it contains the headquarters and operation rooms of the Shiite militias that have been settling Shiite families in the place of native residents.

Through the capital passes the Iranian supply line for the Lebanese Hezbollah militia, starting from Damascus International airport, to the western Qalamun, and ending in the southern suburb. In addition, some rebel factions are focused in the southern neighborhoods of Damascus, including al-Yarmouk, al-Qadam, al-Hajar al-Aswad, and Babbila, which have been under a tight siege for years.

The capital also has a strategic importance as the main linking and separating point between southern and northern Syria, which makes it a cornerstone in the maps of whoever wants to achieve a political and military victory.

The Current Scene on the Ground

Damascus battle revealed the high level of military coordination of the rebels’ factions, which impressed observers and served to break the strategic defensive line of Assad’s regime extending from the outskirts of Jobar to the international highway in the vicinity of Qabun.

During the first phase of the battle, the rebels captured the factories that separate between Jobar and Qabun in an attempt to keep Assad’s regime far from the liberated northern districts of Damascus.

On Tuesday, al-Rahman Corps announced the launch of the second phase by targeting the headquarters and entrenchments of Assad’s regime using a car bomb, followed by the advance of the infantry soldiers towards the spinning and weaving mills as well as SYRONICS company, which placed the strategic Faris al-Khoury street in the close range of the rebels’ guns. Nevertheless, the regime fortified its defensive lines in the street by bringing additional enforcements of the Hezbollah militia from Wadi Barada, synchronized with an unprecedented alert and a high level of security checks at checkpoints.

When considering the progress and interactions of Damascus battle, it is necessary to know the two parties of the fight first.

I- The Opposition’s Factions

- The Free Syrian Army (FSA); represented in the battle by al-Rahman corps armed with light and medium weapons as well as heavy weapons gained during clashes with Assad’s regime.

- Hay'at Tahrir al-Sham (HTS); a new combating formation established after the merger of several factions nearly two months ago. Led by Hashim al-Shiekh Abu Jaber, the group is independent and consists of fighters who gained a high level of skills.

These formations are the opponent of the armed factions and include:

- Iranian Militias; groups of sectarian fighters pushed by Iran into the Syrian war using financial incentives and sectarian mobilization to fight their Sunnite enemies. These groups have names that reflect their ideologies, including Hezbollah, Abu Fadl al-Abbas, and Fatimiyyon Brigade, in addition to groups from the Iranian Revolution Guard, noting that Iran has a military base near Damascus International Airport.

- Assad’s Regime Forces; including the remnants of the army that have several headquarters in Damascus, including the 4th Division, the Republican Guard, and the several security departments.

-The Military and Political Outcomes of Damascus Battle:
By taking the lead and having a high level of coordination, the rebels liberated vast strategic areas since the 19th of March in Damascus. According to observers, the battles will expand to additional areas, including the road to Damascus international airport. The approach of the rebels to Faris al-Khoury and al-Adawi streets would also push the battles into the heart of Damascus.

On the other hand, the intensification of the clashes and the rapid expansion of the rebel factions in Hama province frightened Assad’s regime of a similar scenario in Damascus. Therefore, Assad’s regime, which brought enforcements of the Shiite militias, is fighting desperately to prevent incursions of the rebels into the old neighborhoods of Damascus. Waging daily attacks against the regime’s entrenchments and consolidating their control over the newly liberated areas, the rebels will focus on expanding the battlefield in the absence of support from Russia that left Assad’s regime and the Iranian militias to fight alone in a war of attrition due to the Russian-Iranian conflict for influence in Damascus.

Politically speaking, the Russians lack a precise vision about the Syrian case. As a result, the outcomes of the battle could lead them to return to the ceasefire and negotiations as well as close the case of the transfer of the residents of the Eastern Ghouta, Barzeh, and Qabun.

For the Syrian political opposition, the recent victories could be a trump card to play in the next round of Geneva negotiations to be held on the 23rd of this month. The opposition could gain the consolidation of a true ceasefire and focus on the transition of power as Assad, who is not able even to defend himself, would not be effective in fighting terrorism.