Exposure to sarin found in samples from attack in Syria, UN official says - It's Over 9000!

Exposure to sarin found in samples from attack in Syria, UN official says 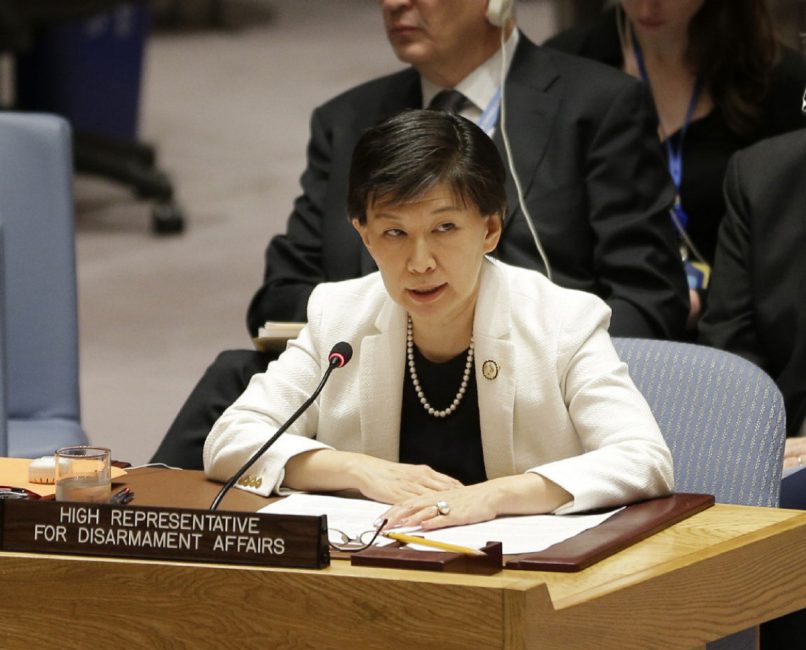 A team from the international chemical weapons watchdog found exposure “to sarin or a sarin-like substance” in samples from an April 4 attack in northern Syria that killed over 90 people and now wants to visit the opposition-held town of Khan Sheikhoun, a senior UN official said Tuesday.

UN disarmament chief Izumi Nakamitsu told the UN Security Council that the Organization for the Prohibition of Chemical Weapons also submitted a report into the alleged use of chemical weapons near Um Hosh in the Aleppo countryside on Sept. 16, 2016 which indicated the use of “sulphur mustard.”

OPCW fact-finding teams have been investigating the alleged use of chemical weapons in Syria but aren’t mandated to determine responsibility for attacks. That has been left to a joint UN-OPCW investigative body known as the JIM.

Last year, the JIM concluded that the Syrian government used chlorine gas in three attacks and Islamic State extremists used mustard gas in one attack during 2014 and 2015.

Nakamitsu said the two latest reports from the OPCW fact-finding team have been sent to the JIM, which is now studying the findings “and will keep the Security Council informed of its next steps.”

Syria agreed to destroy its chemical weapons under a deal brokered by Russia and the United States in 2013 and declared a 1,300-ton chemical arsenal when it joined the OPCW soon after.

That stockpile has been destroyed, but the organization continues to question whether Damascus declared everything in its chemical weapon program.

Nakamitsu said work to address unresolved issues related to Syria’s declaration had been expected to move forward during high-level consultations scheduled for early May, but they have been temporarily postponed.

The Syrian government has repeatedly denied using chemical weapons and so has its close ally Russia, which has also carried out aerial attacks.

In the attack in the area of Um Hosh last Sept. 16, Nakamitsu said an OPCW team was deployed at the request of the Syrian government but wasn’t able to visit the site.

She said a review of blood samples from two women victims of the alleged attack indicated exposure to sulphur mustard. The team also evaluated a mortar reported to be connected to the incident that was handed over by Russian experts, she said, and “laboratory analysis indicated that this mortar contained sulphur mustard.”

As for Khan Sheikhoun, Nakamitsu said the fact-finding mission’s report said their team conducted interviews with victims of the alleged attack and witnessed the collection of biomedical samples from casualties in an unidentified neighbouring country.

The team also received samples from dead animals reported to have been close to the site of the incident and environmental samples “from close to the impact point,” she said. It also attended autopsies of three victims and witnessed biomedical samples being taken from their bodies.

Nakamitsu said there is still work to be done in the Khan Sheikhoun investigation and OPCW Director-General Ahmet Uzumcu requested UN security, logistical and operational assistance for a visit to the town by the team. She said Secretary-General Antonio Guterres responded positively on May 4 and indicated that planning is under way.

Nakamitsu said she is in contact with Uzumcu to help ensure that any visit to the site “would be accompanied by the most stringent security assurances.”

Opinion: Syria's chemical attack may be on hold, but the crisis continues