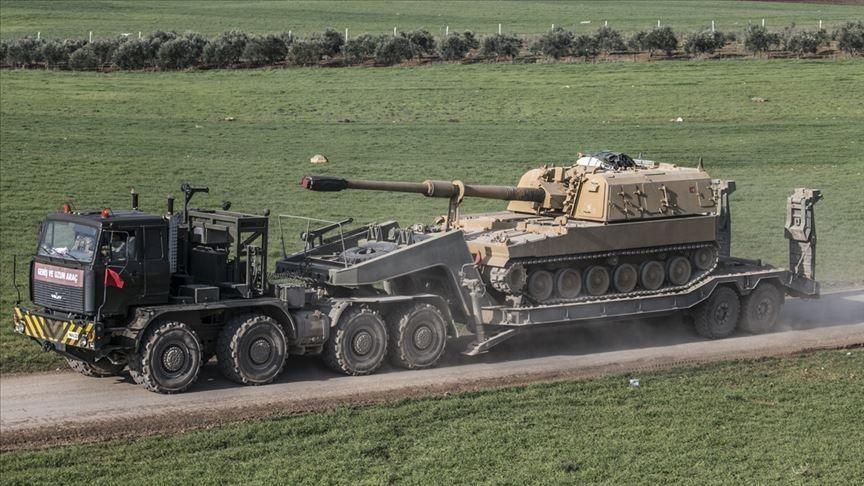 Huge Turkish military reinforcements have entered Idlib recently from the border crossing of Kafr Lucin in northern countryside of Idlib.

The reinforcements included armored vehicles, ordnances, in addition to engineering and logistic machines.

Huge convoys belonging to the Turkish army have entered the opposition-controlled areas in the evening of Sunday, Mar. 5, to be deployed in the Turkish posts in Idlib and Aleppo, a military source told Baladi News.

Around 450 military vehicles were dispatched to Syria, including dozens of tanks, artilleries, rocket launchers, BMPs, engineering machinery for digging and building barriers, logistic equipment as well as armored vehicles and hundreds of soldiers including officers, the same source pointed out.

He indicated that a military convoy, the biggest of its kind, entered Monday from the same crossing, consisting of more than 150 different vehicles, including tanks, artilleries, armored vehicles, and logistic equipment, in addition to dozens of Turkish soldiers and officers.

On Sunday, the Turkish army established a new military base in the area of Tal Sandal, in Idlib's northern countryside, which base contains armored vehicles, tanks and artillery, similar to other bases established recently in Idlib.

It's noteworthy that Turkey has established 34 military bases in Idlib province and the countryside of Aleppo, 12 of which were established in 2018.