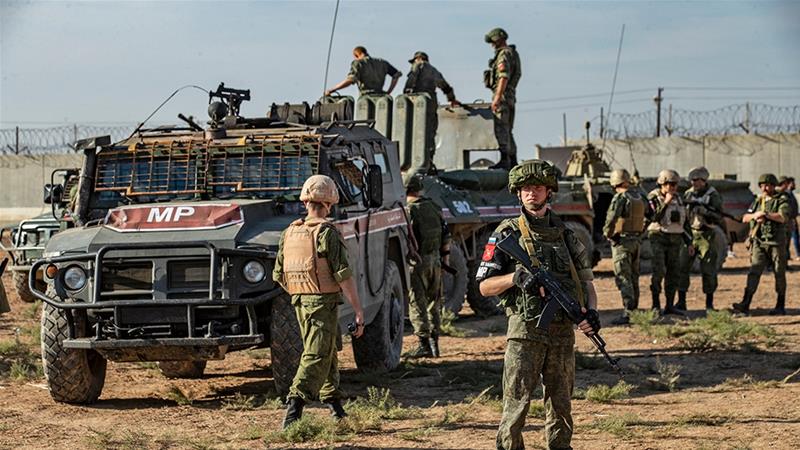 Turkey and Russia have completed their first joint military patrol along a strategic highway in Syria's northwestern region, the Turkish defence ministry said.

"Within the framework of the Moscow agreement, the 1st joint Turkish-Russian land patrol on the M4 highway has been completed with the contribution of air and land assets," the ministry said in a statement on Sunday.

Earlier, Russian news agencies reported that Moscow had sent military police and armoured vehicles to the patrol, which began from the settlement of Tronba in Idlib province, the last opposition-held stronghold in the country.

The patrols are part of a ceasefire deal reached earlier this month by Turkey, which backs certain opposition groups, and Syrian government ally Russia to halt an escalation of violence in Idlib that has displaced nearly a million people and brought the two countries close to direct confrontation.

Turkish President Recep Tayyip Erdogan said earlier this month that his country would not shy away from even stronger military action in Idlib if the ceasefire is broken.

Under the ceasefire deal, Turkey and Russia are meant to also establish a security corridor either side of the key M4 highway, which links Syria's east and west.

The corridor stretches 6km (3.7 miles) to the north and 6km to the south of the M4 - effectively advancing Russia's presence further north into Idlib.