Erdogan discusses migrant crisis, Syria with Macron, Merkel and Johnson - It's Over 9000! 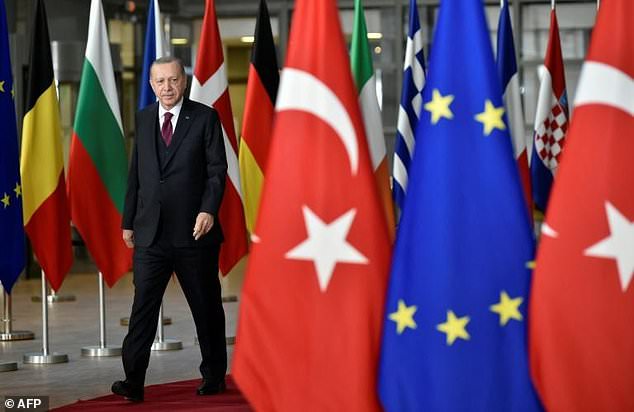 Turkish President Recep Tayyip Erdogan on Tuesday discussed the migrant crisis and the situation in Syria's rebel enclave of Idlib, with the leaders of France, Germany and Britain.

The move sparked tensions with Brussels, and with neighboring Greece, when thousands of migrants massed on the Turkish-Greek border.

"Humanitarian assistance for Idlib, and the refugee issue" were on the agenda according to the Turkish presidency, along with other issues such as fighting in Libya.

Erdogan's decision to open the gates for refugees heading to Europe came after more than 50 Turkish troops were killed by Syrian regime fire in the northwestern province of Idlib in February.

Turkey is home to four million refugees -- mostly Syrians -- and is demanding more assistance from the European Union amid fears of another influx from Idlib, where the Syrian regime has launched an offensive backed by Russian airpower.