More Turkish reinforcements arrive in the de-escalation zone - It's Over 9000! 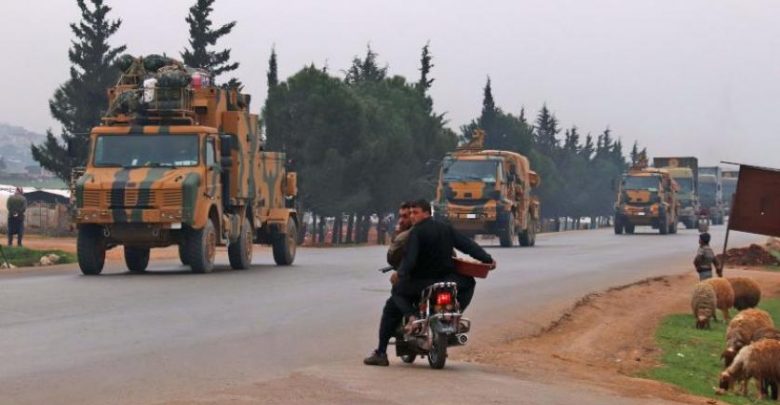 Dozens of Turkish vehicles have crossed into Syria on Sunday via the crossborder of Kafr Lusin in north Idlib, the Syrian Observatory for Human Rights (SOHR) reported.

The Turkish convoy headed to the Turkish observation posts in Idlib, the observatory said.

As Turkey keeps sending more military reinforcement to NW Syria, the number of Turkish military units, which entered the “de-escalation zone” since the new ceasefire came into effect, has risen to 1,440, in addition to the entry of hundreds of soldiers.

From February 2 to date, SOHR activists monitored the entry of more than 4,840 trucks and military vehicles to the Syrian territory, including tanks, personnel carriers, armored vehicles, mobile bulletproof guard booths and military radars.

Meanwhile the number of Turkish soldiers who were deployed during the same period in Idlib and Aleppo exceeded 9,650.