Iranian militias performing rituals in Aleppo, ignoring Coronavirus - It's Over 9000! 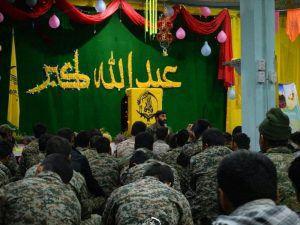 Iranian media outlets have posted photos of dozens of Iranian militants while performing their rituals in Aleppo.

Those practices came despite the Assad regime warnings of gatherings, to avoid the risks of spreading the coronavirus, especially that five cases have been confirmed in Syria.

The Iranian sources did not reveal the location of these rituals, they rather mentioned that they are in the city of Aleppo.

The Euphrates Post, a news network, revealed that the Iranian militias have recently started virus checks for the militants in the eastern countryside of Deir Ezzor.

The network pointed out that dozens of infections among Iranians were transferred to the Deir Ezzor military hospital because of their deteriorating health status.

It is noteworthy that while many countries announced closing their borders to limit the spread of the deadly pandemic, the Assad regime is still opening its doors to Iranian militias that import death and to Syria.