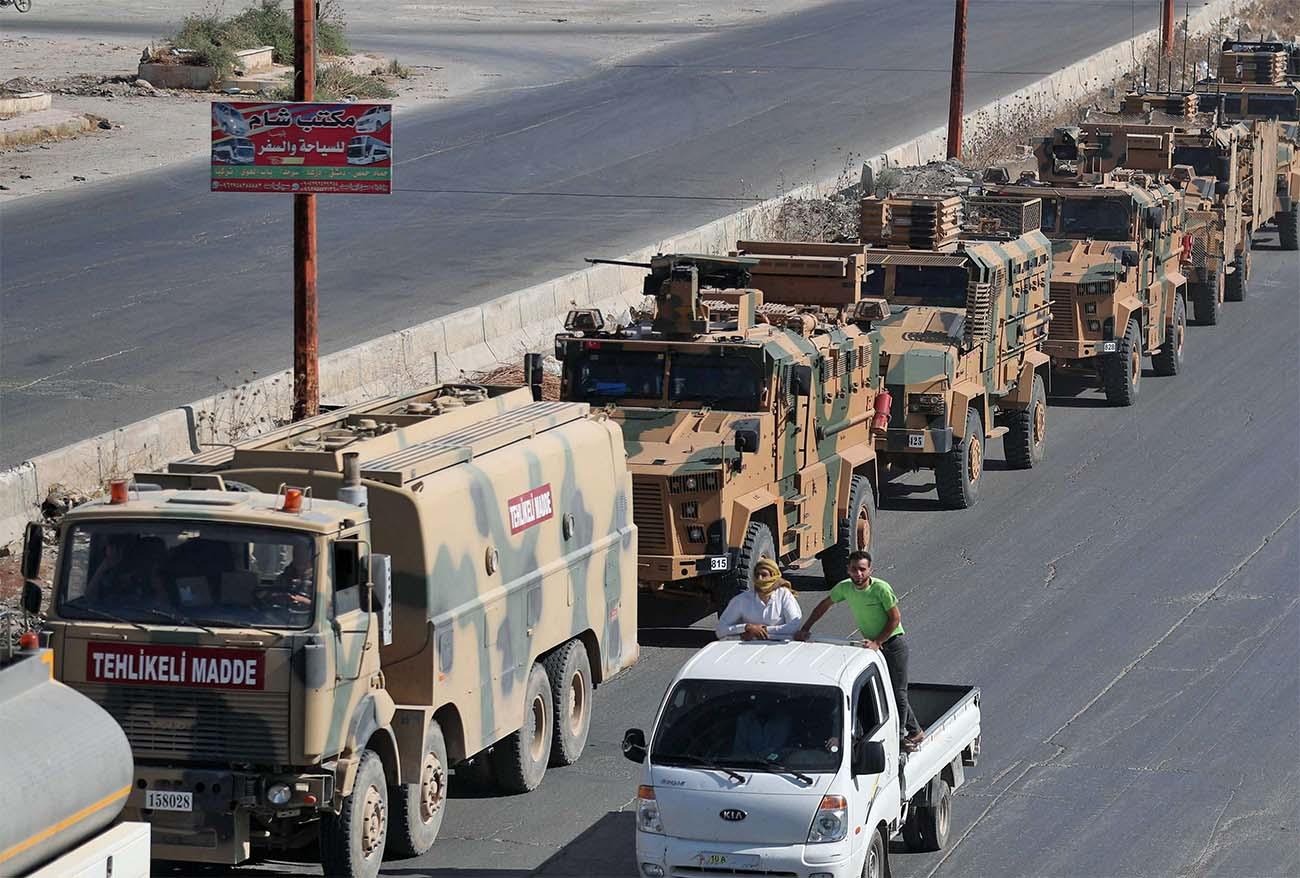 A Turkish column consisting of 25 armored vehicles entered Syria on Wednesday from the Kafrsolin crossing in the countryside of the northwestern Idlib province.

Since the start of the new ceasefire in line with last month’s Moscow deal, 2,100 military vehicles, in addition to thousands of Turkish soldiers have entered Syrian territories.

The Syrian Observatory for Human Rights (SOHR) said that from February 2 to date, the number of Turkish vehicles that arrived in the “de-escalation zone” rose to more than 5,515, carrying tanks, personnel carriers, armored vehicles and mobile bulletproof guard booths and military radars.

The SOHR also revealed that some 10,250 Turkish soldiers have deployed in Idlib and Aleppo during that period.

On Wednesday, there was intermittent shelling between Syrian regime forces and opposition factions loyal to Turkey.

The factions, positioned near Turkish checkpoints, targeted regime sites in Saraqeb, though no casualties were reported. The shelling continued despite the ceasefire agreement signed by Russia and Turkey in Moscow.

Syrian Observatory sources say that regime forces renewed rocket fire, targeting locations in Kansafra, Kafr Oweid and other areas in the southern countryside of Idlib. No casualties have been reported.

Regime forces also targeted areas in Al-Bara, Al-Ftera, Sfuhen and Afes in the southern and eastern countrysides of Idlib.

This is the 11th patrol of its kind on the highway since March 5, when the Russian-Turkish agreement on carrying out joint military patrols became effective.