Discriminatory measures against Syrian refugees in Lebanon - It's Over 9000! 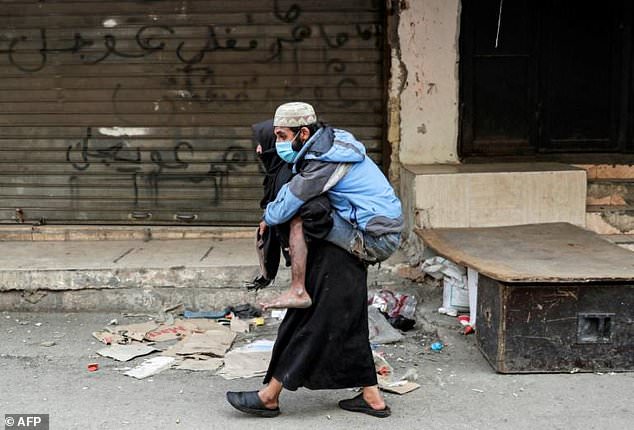 Twenty-one Lebanese municipalities have taken discriminatory restrictions against Syrian refugees taken as part of their efforts to combat the COVID-19.

Human Rights Watch (HRW) has condemned such practices, considering them as undermining the country’s public health response, and reducing the impact efforts exerted against the virus.

The organization accused the Lebanese municipalities of imposing discriminatory restrictions that do not apply to Lebanese residents, reporting that the Kfarhabou municipality in northern Lebanon has imposed a curfew on Syrian refugees between 3 p.m. and 7 a.m. local time, while the municipality of Darbaashtar, “prohibited” Syrians from leaving their homes or receiving visitors without any exceptions.

The organization says that Discriminatory measures against refugees are not new, indicating that in the past few years many practices and strict restrictions were imposed on refugees such as curfews, forcing them to clean the streets, in addition to conducting unjustified raids on their homes.

At least 18 municipalities in the Bekaa valley have mandated restrictions other than curfews that only target the refugee population, it says.

On the other hand, the organization called on the municipalities to inform the Syrian refugees that they can obtain health care without any punishment, if they feel any symptoms similar to the symptoms of the coronavirus regardless of their residency or any other documents; since many Refugees have expressed to the organization their concerns over not having access to health care, lacking information on how to protect themselves from infection.

Since the start of the virus spread in Lebanon, the UNCHR has launched awareness campaigns in the refugee camps, and distributed sanitizers.

Lebanon hosts more than a million Syrian refugees; the majority of them have fled their homes following the Assad regime’s military campaigns that targeted them.