Local gunmen clash with HTS security Forces, north of Idlib - It's Over 9000! 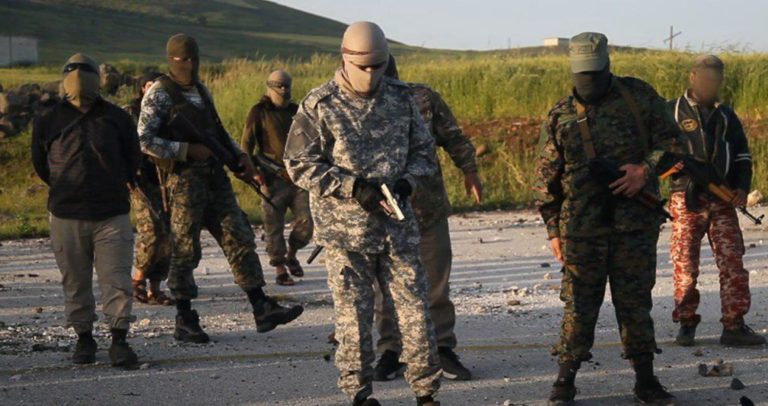 Clashes erupted, Thursday, between HTS and local gunmen on the outskirts of Sarmada city, north of Idlib, the Syrian Observatory for Human Rights (SOHR) reported.

The observatory added that the clashes broke out following an attack by HTS on a resident of the city at the security checkpoint at the southern entrance to the city.

Meanwhile, dozens of residents of the border area gathered near HTS security checkpoint this evening, while HTS members fired in the air to disperse the gatherings. No casualties have been reported.

On March 6, the Syrian Observatory monitored clashes between HTS members and members of the National Front, in Jabal al-Zawiya area of Idlib countryside. SOHR sources said that HTS demanded the body of a pilot whose plane was shot down in Jabal al-Zawiya area, in order to swap him with an Uzbek jihadist captured by regime forces in recent battles.

Turkish forces intervened and handed over the body and ended the tension between the factions, according to SOHR.