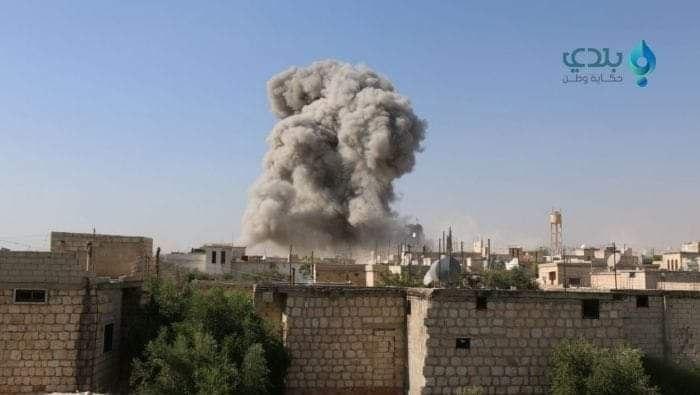 The Assad regime forces and the militias loyal to them, continue their violations of the ceasefire deal struck on March 5 between Russian and Turkey, prompting the Syrian opposition factions to respond.

The regime forces centered in the city of Kafrunbul shelled with artillery and machine guns several villages in the southern countryside of Idlib, Baladi News correspondent reported.

According to Baladi correspondent, the opposition factions in the same area responded to the shelling source, and targeted with machine guns several groups of the regime forces, without reporting casualties among the two sides.

The regime forces and the militias loyal to them violate the ceasefire agreed upon between Turkey and Russia, ignoring the international agreements concluded between the guarantor countries, Russia, Turkey and Iran, to cease the escalation in Syria's Idlib.