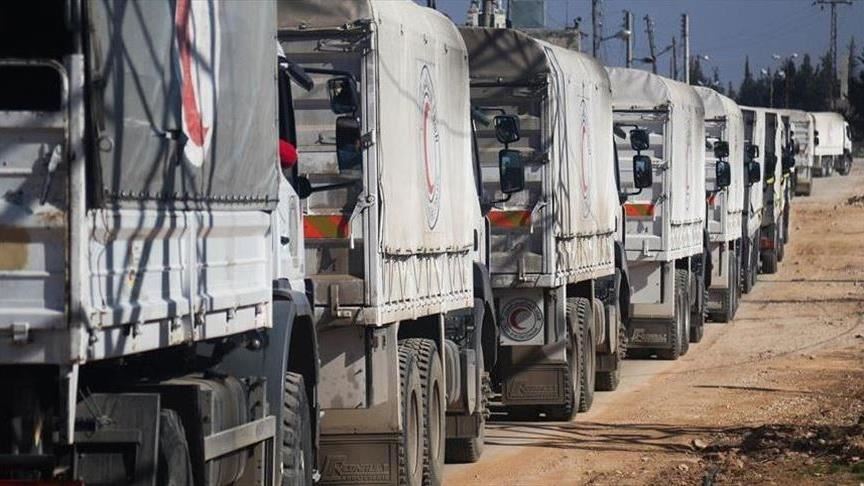 The UN on Tuesday dispatched a total of 67 truckloads of humanitarian aid to Idlib, a northwestern Syrian province where millions of people are in desperate need of assistance.

The humanitarian aid will be distributed to needy people struggling to live in Idlib and nearby rural areas.

Syria has been locked in a vicious civil war since early 2011, when the Bashar al-Assad regime cracked down on pro-democracy protests.

Hundreds of thousands of people have since been killed and more than 10 million others displaced, according to UN officials.

Idlib has been covered by several cease-fire deals since late 2018, deals frequently broken by the Assad regime and its allies.

It is currently home to 4 million civilians, including hundreds of thousands displaced in recent years by regime forces throughout the war-weary country.