ISIS attacks Iranian militia in Deir Ezzor - It's Over 9000! 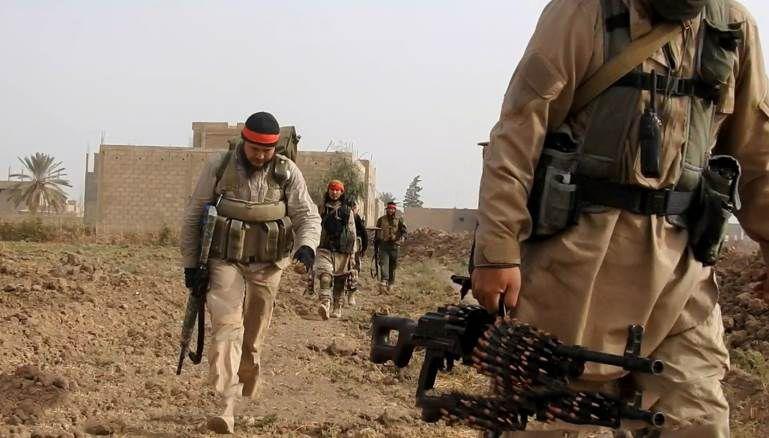 Several members of the Iranian Liwa Fatemiyoun militias have been killed and wounded in an ISIS attack in the desert of Deir Ezzor.

According to the news website Jarf News, the attack killed three and wounded 20 members of the Fatemiyoun Brigade militia in Deir Ezzor.

The website pointed out that ISIS carried out a large-scale attack on the regime forces and Iranian positions in the Deir Ezzor's desert.

Last week, a patrol of Iranian militias was attacked by missiles in the area of Ain Ali, east of Deir Ezzor, where the members of the patrol were killed and wounded.

Iranian militias are deployed in the regime-controlled in the eastern countryside of Deir Ezzor, where ISIS sleeper cells target them continuously, leaving casualties among them.

Many armed attacks and explosions with booby-trapped motorcycles took place in the eastern region recently. ISIS  claimed responsibility for most of these operations, despite security measures to prevent them.